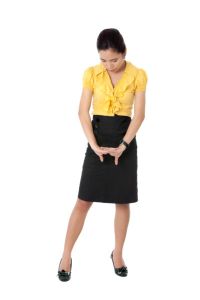 Nila lost her temper on the job in an occupation where losing control means immediate dismissal. She was sent to anger management classes and group therapy for depression. It was in the latter that I heard her describe her  troubles and desire for peace.

Something was missing, though. It seemed that week after week for months, her story remained the same. She spoke of a difficult relationship that worsened when she yelled. Any suggestion she stop yelling was met with, “OK,fine,” followed by no change.

Change is hard. We all struggle with it. Nila is not alone in asking for help while exhibiting unwillingness to try.

Kyrian spends his life in front of the television. Other opportunities include higher education, social activities with friends who want him, and looking for a higher paying job. Yet he avoids all three. Occasionally Kyrian expresses dissatisfaction. One day he said, “My life is passing me by.”

Social anxiety is not simple nervousness. It may be characterized by episodes of paralyzing fear.  Fight, Flight, or Freeze become daily challenges. Kyrian used to say he wants more for his life. He has defeated many fears in the past. Lately though, he says he is content. I believe he is tired of stretching his limits.

Rusty’s eyes barely lifted. He was ashamed and humiliated by his father who abused him with vicious words. At the time I knew him, Rusty was a child who still had a little light in his eyes. Years later, I wonder about adult Rusty and whether he is ever able to see himself in the mirror without hearing his father’s lies. Maybe he has learned his value is not defined by a bitter, drunk man.

What do these three people believe? Nila believes she is a victim. It has become her identity. Kyrian believes he is defeated by anxiety. Rusty may believe he is a nothing. I hope not.

The line from stuck to growth is crossed at a point of decision.

Therapy is only as effective as the client’s decision to participate in healing. It may be a slow process, however each step forward is a positive choice.

It was not until I was in my early fifties that I understood God loves me as the perfect Father who cherishes his daughter. Prior to that I believed myself to be a disappointment, and that God only loved me out of pity. I had interpreted Scriptures that speak of God’s unfailing love through a lens of fear, victimization, and blame.

Finally, from the bottom of the darkest pit of hopelessness, I had to look up and admit maybe I didn’t know everything. People were able to teach me the truth because I decided to learn.

No one has to stay stuck.

Proverbs 8:8-11
“All the words of my mouth are just; none of them is crooked or perverse.
To the discerning all of them are right; they are faultless to those who have knowledge.
Choose my instruction instead of silver, knowledge rather than choice gold, for wisdom is more precious than rubies, and nothing you desire can compare with her.” (Wisdom of God)

NOTE:  I am not a doctor or mental health professional, and speak only from personal experiences and observations. In no way is this website intended to substitute for professional mental or behavioral health care.

If you are feeling suicidal, or concerned about someone who is, in the U.S. call the National Suicide Prevention Lifeline 1-800-273-TALK (8255), or for a list of international suicide hotlines, go here.

If you are suicidal with a plan, immediately call 911 in the U.S. or go to your nearest emergency room. (for international emergency numbers, go here ). Hope and help are yours!