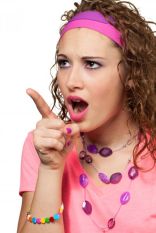 This past week, a loaded question in a Google search landed someone on my site. “Why do fundamentalist women always blame wives for everything?” led the inquirer to my 5-part series on Emotional Abuse in Christian Marriages (1, 2, 3, 4, 5).  Her reference to wives causes me to assume that “everything” means whatever is troubling a marriage or family.

Is her claim factual?

Women in fundamentalist religious circles in general, do struggle with gender roles due to various and often opposing teachings on submission and church leadership.

Some people equate fundamentalist with abuser

The modern accepted meaning of fundamentalist is changing. Originally, the word referred to a Christian who believes the Bible is literal and faultless in truth. Now, it more likely conjures up ideas of  a power-hungry religious fanatic who harms others physically and psychologically through spiritual abuse.*

An online answer to “what is fundamentalism?” reads, “…when people watch the news and see [expletive] [fundamentalists] parading around with their “THANK GOD FOR AIDS – FAGS GO TO HELL” signs and calling themselves Christians, it tends to leave a bad taste in the mouth.”**

If coming from the vantage point of “fundamentalists are harmful,” it is easy to see how the orignal Google searcher’s claim could seem factual. All observations, skewed or not, tell us something.

I’ve experienced being blamed for “everything”

I have personally experienced blame from fundamentalists for what was wrong in my marriage. When it became known that my husband and I were separating, I received two angry phone calls from such women. Neither asked me how I was feeling or even what were the reasons for the separation. No one asked if they could help. They assumed I lacked character and was rebellious against scriptures. My husband received no such phone calls.

These two women represented less than 1/2 of 1% of people in that social circle. Clearly, not every fundamentalist woman blames wives for everything. Yet the fact those who do exist and are vocal about it sends a message of negativity not only to the world, but to abused women inside the church.

Because men are usually in the highest ranks of leadership in fundamentalist churches, and their visibility in such roles is front and center, young girls and women naturally have to ponder where they fit in God’s spiritual kingdom.

In abusive marriages, these same women lose sight of their unique value. Whether the church teaches it or not, it can reinforce the concept.

My theory is that in such scenarios, some (not most) fundamentalist women will blame everything on wives because in their view, women are incapable of being as valuable, useful, capable, and logical as men.

In other words, it is the women who doubt their own worth who lash out at other wives. That is not a report card on fundamentalist faith. It is a mark against men and women who abuse others in the name of religion.

Comments are always welcome.  NOTE: I am not a doctor or mental health professional. I speak only from personal experiences with and observations of mental illness. In no way is this website intended to substitute for professional mental health care.