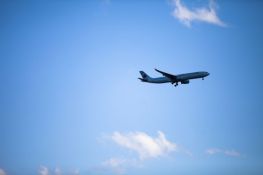 Her name was Karen. She was blond and pretty, a co-ed in my college dorm many years ago. Karen was a missionary kid, and spent most of her childhood in boarding schools overseas. Living long-term in the US for the first time was a culture shock.

She married after graduation and we lost touch. Because she was very familiar with flying due to occasional trips between countries while she grew up, I doubt if she had any qualms when she and her young spouse climbed aboard Northwest Airlines Flight 255 in 1987.

Twenty-six year-old Karen died along with 148 other passengers that day. The news was shocking to any who knew her. The crash was the second largest aviation accident in the US to date.

We care when tragedies like this happen. If news broke today of another commercial jetliner crash,  you would likely feel some sympathy or sorrow for those affected. If a worldwide campaign to prevent jetliner crashes announced a way for people to fly safely, you would willingly follow that protocol when you travel.

Yet there is a preventable cause of death that far surpasses the number of fatalities due to flight. Suicide is the 10th leading cause of death in the United States. Suicide happens once every 14-18 minutes in the U.S. There are at least one million suicides per year in the world.

Here’s the shocker – the number of U.S. suicides per year exceeds (by about twice!) the number of fatalities if a full commercial airliner crashed with no survivors each day.

The operative word in all this is preventable. Matt Damon referenced his friend, the late Robin Williams, and said he hopes people will start checking in with each other and be more open about depression.

“Are you in pain today? Are you feeling hopeless?” These are two appropriate questions to ask anyone, especially someone who appears to be struggling. Listen. Learn. Get professional help for them if needed. Stick by them through recovery.

Just imagine a world where we take care of each other like that! Oh wait, that would be the campaign that prevents suicide!

Compassionate love is the protocol that keeps people safe.