(1) Tony was the kind of kid who would torment his 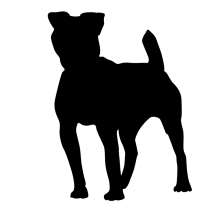 neighbor’s Rottweilers. These huge dogs, weighing in at an average of about 120 pounds each, were locked in a large kennel in a backyard near Tony’s home.

Unsupervised from a young age, he found destructive ways to entertain himself. The dogs were a few of his victims. He threw rocks and taunted, and poked them with sticks. This was great sport to Tony I’m sure, because the dogs were helpless to reach him or escape.

One afternoon after a few years of this, the dogs’ owners decided to take them for their daily walk. Only this time, Tony was in his front yard. He couldn’t have cared less how close they came to him because he had learned to trust the dogs’ inability to seek revenge. As he waited “innocently” for them to pass, one leaped and bit him on the face.

His parents sued the Rottweiler owners and won. Their son’s abusive behavior provided them with a large screen television among other expensive toys.

(2) Tony was involved in more situations. A second neighbor was taking her groceries into her house and set her keys on top of the car. Tony saw an opportunity to run her keys down the side of her vehicle, causing a long, very visible scratch. When the woman emerged from her home she saw only the damage, and no culprit.

It didn’t take much time to surmise who did the deed. She walked over to Tony’s house to speak with his dad.

“You shouldn’t have had the keys out where he could find them,” he said with a shrug. No restitution was offered.

(3) Another young man was sold into slavery after his brothers tried to murder him. Joseph of ancient times, made himself useful and worked hard, earning his master’s trust. Soon he was chief of staff as it became his job to run the entire household. He was an exemplary manager.

One day his master’s wife approached him, and likely with a flutter of her eyelashes, grabbed him and demanded he sleep with her. Startled, Joseph ran from her clasp, leaving behind an outer piece of his clothing in her hands.

When his master arrived home, his wife showed him the garment she had stolen off Joseph’s back and accused Joseph of attempted rape. He was mercilessly hauled away to prison where he spent many years.

In both Tony’s and Joseph’s lives innocent bystanders were blamed. In a similar way, when our emotions are unstable or extreme, there will be those who do not understand and will accuse us of wrongdoing.

Some comments might be, “you’re being lazy,” “you did this to yourself,” or even a slightly more sympathetic, “you don’t have anything to be sad or anxious about.” Some of the worst false charges come from religious folks who believe certain sweeping statements will fix us. These judgmental remarks imply failure at having our mental, physical, and spiritual selves under control.

Quite a few states in America have a “Stand your ground” law which was originally intended to allow someone whose property was being trespassed to defend himself against a threat on his life. When our mental health and emotional well-being are under fire, it is best to stand our ground.

Maybe we will not have the energy to teach less understanding people  what our struggle is, that’s ok! However, we can refrain from negative self-talk. We do not need to join those who would shoot us with their words.

The dog owners, neighbor with the car, and Joseph were doing what had to be done, just going about their business when false accusation came their way.  In our fight against stigma, we can stand our ground and win.

If you are struggling emotionally today or feeling suicidal, or if you are concerned about someone who is,  please call the National Suicide Prevention Lifeline 1-800-273-TALK (8255). Hope and help can be yours.